A latecomer to last night’s popup in Parkdale brought some heat to an already stacked lineup of local brands. The name is FTWK Collective, and they deal in expertly tailored, murdered-out pants, hoodies and leather jackets. FTWK (or For Those Who Know) has only been around for a year, but 24 year-old designer Juan Solorzano has been working in fashion since 15. The gear is very detail-oriented: garments are constructed from small pieces, the patterns for which Solorzano cuts himself. It is both classic and contemporary, and pieces are destined to become wardrobe staples. Considering the amount of love FTWK got last night, it won’t be around for long. Swing by C54 Parkdale to nab it before it’s gone. 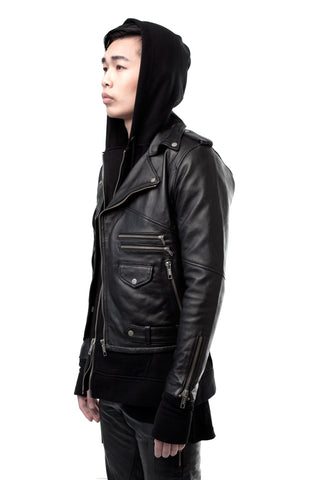