Starting in early 2015, Air Jordan has been on a streak of "Alternate" colorway retro releases. Providing all jordanheads with new iterations of their most beloved and iconic Air Jordan models, the "Alternate" colorways have seen tremendous success. A lot of the success has been attributed to the fact that MJ could have theoretically worn the colorways in-game, which has lead a lot of jumpman traditionalists to regard some of the new "Alternate" versions as some of their favorites. The Air Jordan 6 Retro "Alternate" is no exception, and has some saying that it is already their favorite version of the iconic 6 silhouette. High praise for a sneaker that played such a large part in building the legacy of His Airness.

Paying homage to the 1990-91 season of Jordan and the Chicago Bulls, the sneaker features an "Alternate" colorway of red, white and grey, as well as a "1991" embroidery on the tongue, representing a shoe that he would have worn during the historic '91 playoff run. 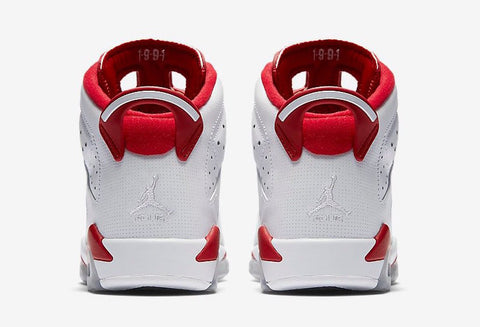 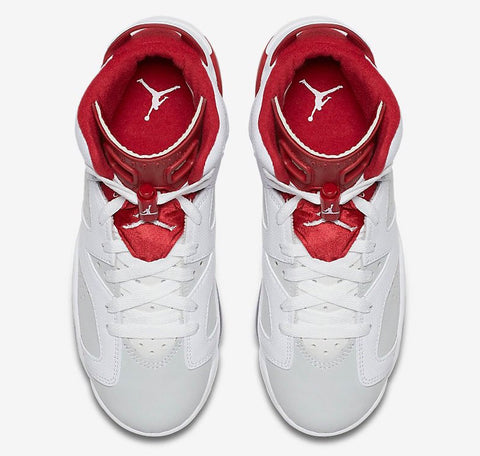