To commemorate the 20th anniversary of the original 1997 Air Jordan 13 release, the jumpman brand is preparing to release an array of styles and colorways. Arguably the most classic of which, the Air Jordan 13 "Chicago", has just dropped on February 18th. This will be the third time that Jordan releases the classic red and white colorway, the first being in 1998, and second in 2010 which was the first retro release. The 2017 retro release features white tumbled leather across the side panels, toe and tongue, as well as red suede along the midsole and heel. The hologram on the ankle adds classic flair to an iconic silhouette. 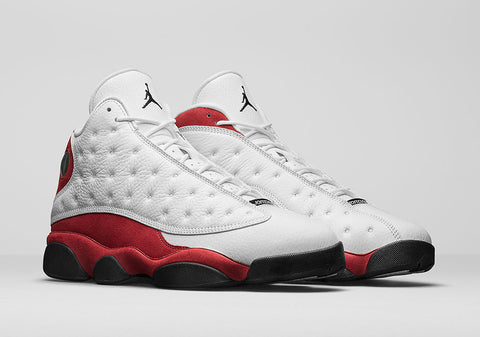 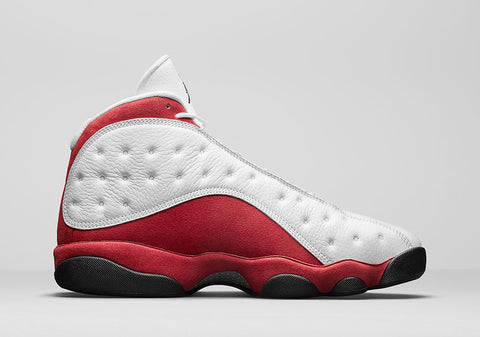