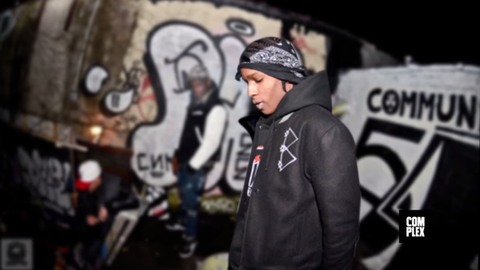 If you had a chance to check out A$AP Rocky's Magnum Opus feature on Complex Magazine, you would have seen how long the homie, along with his crew, are putting in work. With a few words from Rocky and various members of A$AP Mob, you get a in-depth look at the song that put the mob on the map.

See if you can catch the Community 54 cameo!