Vince Staples has been pretty busy lately. In just the past month, the Long Beach rapper has released his debut album Summertime '06, made the XXL Freshmen List, performed on Jimmy Kimmel, and is currently performing shows in Europe. Fortunately, he found time to do a meet and greet with fans here at Community 54! To get it, fans had to buy the album, which they were then able to get signed by Vince himself. We had a great turnout; even the Pro Kirk Knight showed up! In case you missed it, or if you just want to relive the day again, there are visuals attached below, courtesy of A.R.T.S.Y. Magazine. 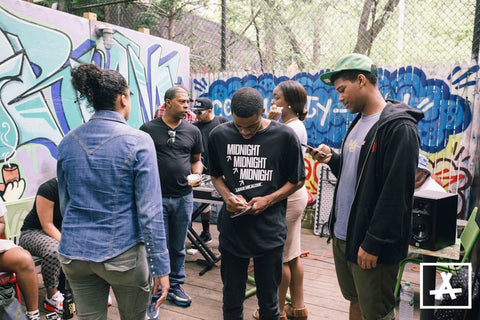