Originally released in 2006, the Air Jordan 4 "Motorsports" are making a return this week. The jumpman brand followed up the Air Jordan 4 "Mars" sneakers with the "Motorsports" to commemorate the 4-year anniversary of MJ's motorsports team. Largely coveted by jordanheads for years, the shoes are finally getting an official release this week, March 25th to be exact. Sporting the same royal blue and black accents on the mainly white 4's, this retro release of the classic is almost identical, apart from one missing detail - the Mars Blackmon logo on the heel.

The Air Jordan 4 Retro "Motorsports" will be available at C54 Parkdale on March 25th. 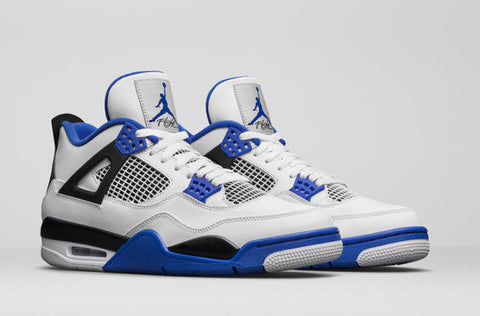